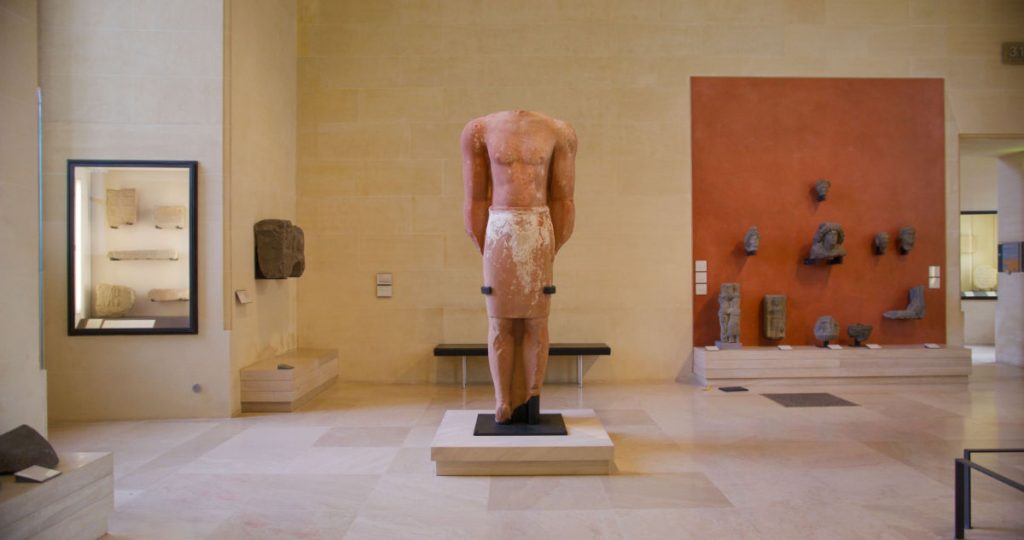 A magnificent 2.3-meter-high statue carved from sandstone and presumably depicting an ancient Lihyanite king is on five-year loan from the Royal Commission for AlUla (RCU) to the Musée du Louvre.

The Monumental Statue dates from the 5th to 3rd centuries BCE and was discovered by archaeologists working in Dadan in AlUla North- West of Saudi Arabia.

The statue has already been exhibited at the Louvre in 2010 for the Roads of Arabia exhibition. 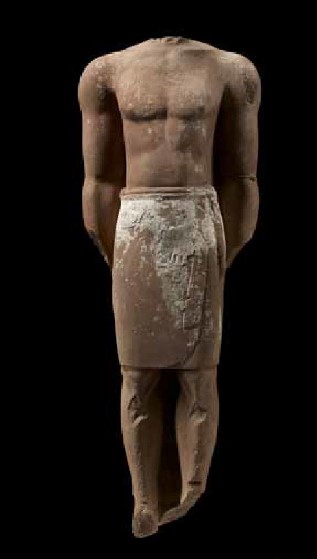 AlUla is located in a fertile valley, at the ancient crossroads of the incense and aromatic caravan routes leading from the south of the Arabian Peninsula to Egypt, Mesopotamia and the shores of the Mediterranean. Around 2.800 years ago, Dadan was one of the most important trade route stations. Around the second half of the 1st millennium BCE, it was ruled by the kings of the Lihyan tribe, who retained power for several centuries. Several colossal statues – believed to depict kings and priests – were discovered between 2005 and 2007 during archaeological excavations of the sanctuary of Dadan led by the University of King Saud.

The Monumental Statue on loan at the Louvre shows great craftsmanship. The statue’s smooth surface with intricate details showing the muscles of the torso, abdomen, and the remains of the limbs are characteristic elements of the Lihyanite school of sculpture. These features indicate that the statue distinct local character and also received early artistic influences from Ancient Egypt.

The statue was restored in France in 2010 in the context of the Roads of Arabia. Archaeology and History of the Kingdom of Saudi Arabia exhibition presented at the Louvre then from July 14th to September 27th. Through a selection of 300 works, most of which had never been seen outside their country of origin, this exhibition offered visitors an unprecedented glimpse into the various cultures that inhabited the territory of the Kingdom of Saudi Arabia from prehistoric times to the dawn of the modern era.

AlUla is home to 200,000 years of human history and an important part of it can now be shared with the Louvre’s international audience through this long-term loan. The five-year loan fills a gap in the collection of the Louvre. The Arabian Peninsula is under-represented in most of the international museum. This display highlights the archaeological discoveries and preservation work carried out at AlUla by The Royal Commission for AlUla.