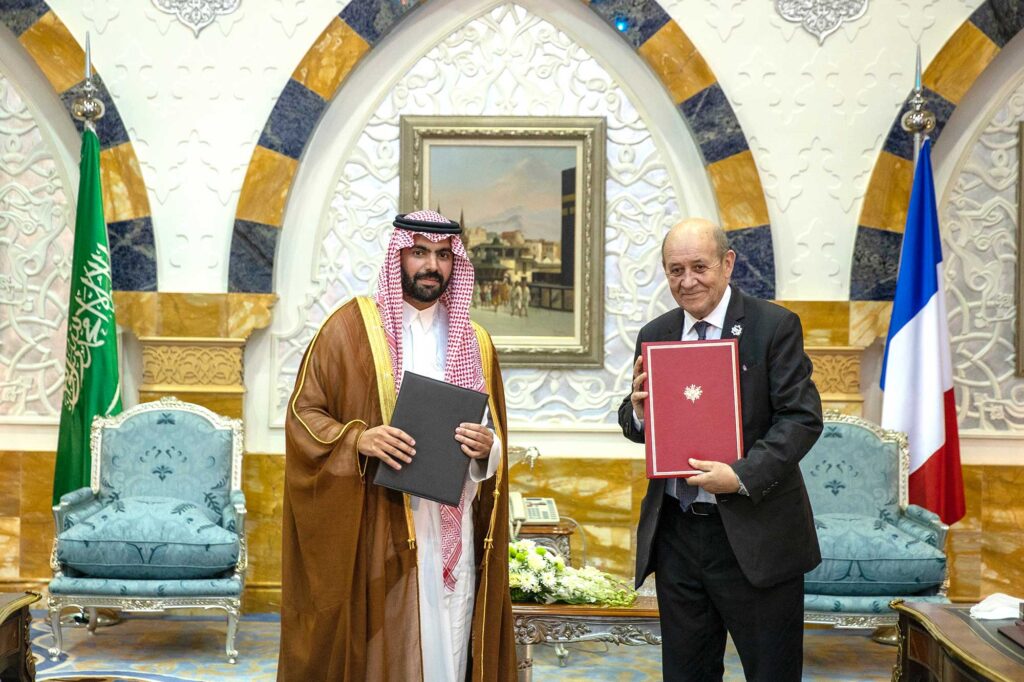 In April 2018, Saudi Arabia and France signed an intergovernmental agreement on the sustainable development of the AlUla region and its transformation into a world-class cultural and tourist destination.

Born from this agreement, the French Agency for the Development of AlUla (AFALULA) aims to mobilize all French expertise (experts, operators, companies) and to support, in a spirit of co-construction, its Saudi partner, the Royal Commission for AlUla (RCU).

The Agency brings together some of the world’s best experts in all the key areas of the project: museography, archaeology, architecture and urban planning, agriculture and botany, tourism, education, infrastructure, horses, security, water and environmental management.

The joint desire of Saudi Arabia and France is to implement, through the AlUla project, a new model of economic and touristic development focused on the preservation of the environment, respectful of history, territories and inclusive of the local population. This component of sustainable development is at the heart of the bilateral agreement signed between the two nations.

During the visit of the President of the French Republic, Emmanuel Macron, to the Kingdom of Saudi Arabia (Jeddah), on 4 December 2021, an intergovernmental agreement was signed between France and Saudi Arabia for the creation of a reference cultural institution, Villa Al-Hajar, in AlUla.

The signing of this bilateral agreement between our two nations, concerning the development in AlUla of a cultural institution of reference dedicated to arts and culture, seals the artistic dialogue initiated between France and Saudi Arabia and, more broadly, between European and Arab cultures. Villa Al-Hajar is the symbol of an encounter between the heart of the Arab world and the French creative spirit.
Gérard Mestrallet, Executive Chairman of AFALULA

An intergovernmental agreement has been sealed to create a Villa Al-Hajar in AlUla inspired by the most prestigious French cultural institutions in the world. It will present creative, cultural and intellectual activities, and bring together the best of France and Saudi Arabia for an international and local audience.

Villa Al-Hajar will emanate from the principles set out in the intergovernmental agreement signed in April 2018 between Saudi Arabia and France, also embodied by the close collaboration between the Royal Commission for AlUla and the French Agency for the Development of AlUla.

Rooted in AlUla’s exceptional heritage, this institution will base its action on the French and Saudi cultural wealth. Through its abundant activity, Villa Al-Hajar will engage in an artistic dialogue between France and Saudi Arabia and, more broadly, between European and Arab cultures. This institution will thus contribute to the cultural richness of AlUla as well as to its ambition to become a world-renowned cultural and artistic center.

Villa Al-Hajar aims to become a nursery of artists and creators that will be structured around several complementary cultural spaces. It will promote the awakening of the artistic senses through the implementation of ambitious projects, and will contribute positively and actively to the world cultural scene. A meeting place between the local community and an international audience, it will highlight the emerging Saudi and European art scene.

Villa Al-Hajar is the symbol of an encounter; it is this meeting place where the heart of the Arab world welcomes the French creative spirit.