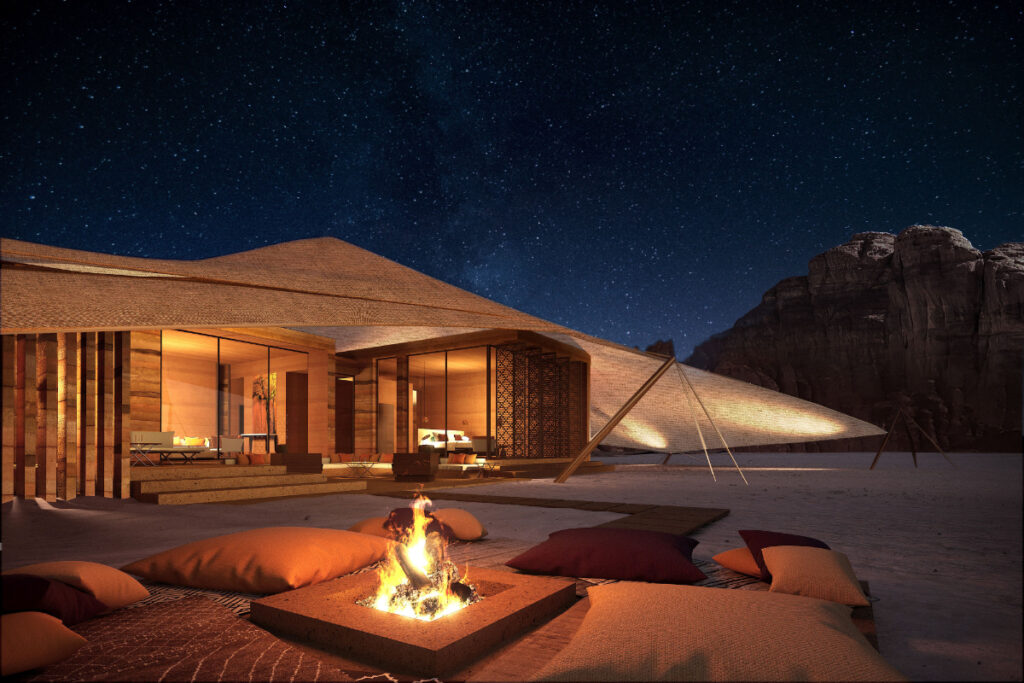 Signature agreement will see Accor, under the Banyan Tree brand, operate an expanded Ashar Resort with 47 new high-end units added bringing the total number up to 82.

Sebastien Bazin, Chairman and CEO of Accor: “…we are extremely proud to take part in the development of the historic county of AlUla thus celebrating the Kingdom’s vast heritage and culture.”

AlUla, Saudi Arabia, 9 August 2020: The Royal Commission for AlUla (RCU) has announced a partnership agreement with Accor as part of its strategy to develop AlUla as a tourism destination for nature, culture and heritage.

The agreement will see Accor operate an expanded Ashar Resort under the Banyan Tree brand. There will be 47 new units added, which will bring the resort’s total number up to 82 high-end villas, along with a luxury spa and several gourmet restaurants. This will be guided by a sensitive design that allows each villa to blend discreetly into the striking natural scenery of the Ashar valley, located 15km from the Kingdom’s first UNESCO World Heritage Site, Hegra.

The partnership with the leading global hospitality group has been signed ahead of AlUla’s official opening to the world as a year-round destination in October 2020.

Ashar valley is the location of the Maraya Hall, a multi-purpose exhibition, conference and entertainment venue, the largest mirrored structure in the world, which will also drive local economic diversification by hosting cultural events, business gatherings and conferences. These have included the Hegra Conference for Nobel Laureates and global figures such as Andrea Bocelli, Majida Al Roumi and Lionel Richie.

Commenting on the agreements, the CEO of the Royal Commission for AlUla, Amr AlMadani, said: “This new partnership demonstrates how AlUla’s unique appeal as a cultural, heritage and nature destination fits with Accor’s Banyan Tree brand, which is synonymous with authentically unique experiences. We’re working with the world’s best developers and hotel operators to deliver projects that complement our cultural oasis, as well as benefitting our local community.”

The partnership agreement with Accor is part of a major series of capital projects and multiple investments made by RCU into fifteen plans in AlUla, many of which will be announced in the coming months. This is a clear sign of our confidence in the future strength of the hospitality sector in Saudi Arabia.”

Sebastien Bazin, Chairman and CEO of Accor said: “In line with our commitment to grow Accor’s unique portfolio in Saudi Arabia, and as one of the first global hospitality groups to set foot in the Kingdom, we are extremely proud to take part in the development of the historic county of AlUla, thus celebrating the Kingdom’s vast heritage and culture. We are very excited to be working on bringing our partner brand Banyan Tree’s unique sanctuary offering to the Ashar Resort.

Commenting on the agreement, Bander M. Alharbi, Head of Hotels and Resorts at the Royal Commission for AlUla, said: “The Ashar Resort forms part of our strategy to create an immersive boutique destination that offers transformative experiences around the year and sets the standard for authentic hospitality.”
Global partnerships are a central component of RCU’s approach to driving economic growth through sustainable development in AlUla. The Accor agreement accents the region’s enduring relationship with French partners. Last month saw the two-year anniversary of AFALULA, the French Agency for AlUla Development, which has launched more than 51 joint projects since its foundation.

RCU’s sustainable development strategy is guided by 12 strategic principles drawn from its Framework Plan and Charter that will shape the integration of luxury tourism while safeguarding the natural landscape and putting the local community at the centre of AlUla’s development.

Recent successes alongside the community include the Hammayah, a community advocacy and engagement initiative which will provide 2,500 employment opportunities for the people of the AlUla County, and Rawi programmes, which have seen hundreds of local residents become guides and storytellers for visitors. This is complemented by initiatives cultivating the human capital in AlUla such as a scholarship programme which has provided more than 500 local students with the opportunity to study courses relevant to AlUla’s development at leading institutions around the world.

The Accor agreement further advances the vision of AlUla which was launched by the His Royal Highness the Crown Prince Mohammad bin Salman AlSaud, Chairman of the Board of Directors of the Royal Commission for AlUla in 2019. The signing of the agreement was overseen by His Highness Prince Bader bin Farhan Al-Saud, Governor of the Royal Commission for AlUla.