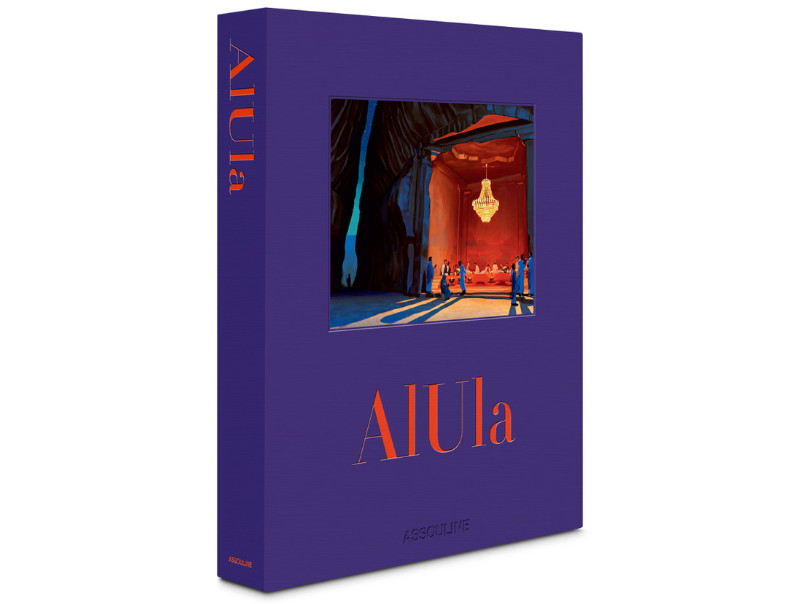 The new book, launching in September, immerses readers in the culture and mystique of AlUla through stunning landscapes, ancient sites, and interpretive illustrations

The destination of AlUla, in collaboration with publisher Assouline, announces the September 2020 release of a luxury immersive book of photography and illustrations titled, AlUla. With stunning images taken by internationally renowned photographer Robert Polidori, and interpretive illustrations by multidisciplinary artist Ignasi Monreal, AlUla virtually transports readers to the destination, giving them a glimpse into the city’s rich history and a unique look into AlUla’s local culture.

Nestled deep within the vast desert of northwest Arabia, AlUla is known as a cultural oasis and living museum with more than 200,000 years of human history: from Paleolithic hunter-gatherers; civilizations such as the Nabataeans, Dadanites, and Romans; Muslim pilgrims on their way to Mecca and Medina, and trade caravans traveling the Incense Route; to present-day communities who mingle and exchange cultural ideas with global travelers.

AlUla is home to relics both old and new including Saudi Arabia’s first UNESCO World Heritage Site, Hegra, with remains dating back to the Nabataean kingdom, as well as modern landmarks including Maraya, an award-winning, multi-purpose concert and entertainment venue that is also the Guinness Book of Records largest mirrored venue in the world.

Each page of this luxurious and limited edition exclusive book delves into the destination’s ancient mystique, where innovative and artistic people lived and journeyed in its exceptional landscapes and contoured mountains, leaving traces of their language, culture and way of life. Images and illustrations captured in the book include monumental tombs carved into the outcrops of Hegra, nature-carved rock sculptures including Jabal AlFil (also known as Elephant Rock) and petroglyphs (or rock art) showcasing examples of animals that inhabited AlUla thousands of years ago.

AlUla photographer Robert Polidori began his career in the mid-1980s, when he photographed the Restoration of Versailles, and he has since documented sites across the globe. Preferring the beauty and stillness of working with a large-format camera and slow shutter speeds, Polidori thinks of rooms as vessels for memory. He has twice won the Alfred Eisenstaedt Award for Magazine Photography, he has published over a dozen photo books, he has had major solo exhibitions in important galleries, and his work is held in the collections of many prominent museums around the world.

On his experience photographing AlUla Polidori says, “The natural situation of AlUla is just amazing and unparalleled, and I was taken by that. I look to try to render what I call an emblematic image, showing its whole and usually showing its entirety through its details and vice versa. I tried to give a timeless image.”

Polidori also shares more of his experience in AlUla in a video, which provides a look inside the book and select Polidori photos.

AlUla illustrator Ignasi Monreal is a multidisciplinary artist born in Barcelona and currently based in Rome. He works in various media including painting, design, creative direction, and film. He created Gucci’s Spring/ Summer 2018 campaign, the first of its kind to be fully digitally painted, for which he was short-listed for a Beazley Designs of the Year award. Since then he worked with brands such as Bulgari, Four Seasons and AirBnb amongst others. An animated video brings Monreal’s illustrations of AlUla to life.

The Ultimate format is part of Assouline’s Ultimate Collection: it’s an homage to the art of luxury bookmaking. Hand-bound using traditional techniques, with color plates hand-tipped on art-quality paper, each page of this limited-edition series bears the unique imprint of the artisan. Nestled in linen clamshell presentation cases, these books attract collectors, lovers of the printed page, and those who devour the culture of our time. Signaling a new level of sophistication for true connoisseurs, these unique books are works of art in their own right.