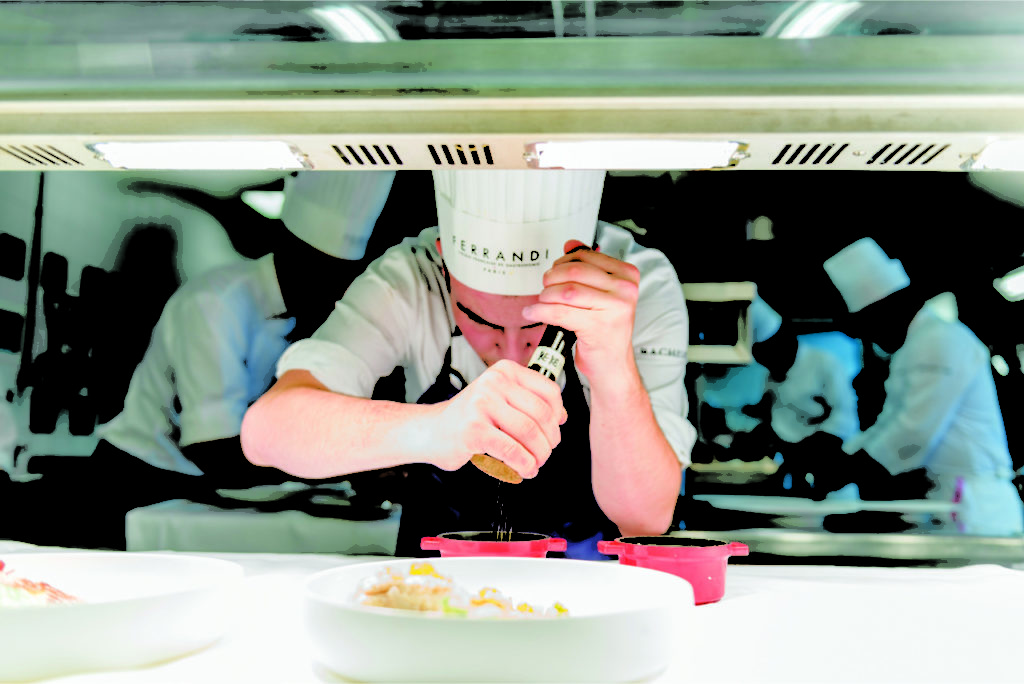 KSA, AlUla – 1 July 2019: The Royal Commission for AlUla (RCU) has announced a ground-breaking partnership with FERRANDI Paris, France’s leading School of Culinary Arts and Hospitality Management. The unique partnership will see the creation of a bespoke, world-class training programme in gastronomy, which will take young, aspiring chefs from AlUla to study in the French capital.

In the first phase of the programme, a total of 24 chefs from AlUla will be selected to participate in a specially tailored four-month course at the globally renowned FERRANDI Paris. Senior lecturers and experts from FERRANDI will visit AlUla to interview applicants and select the 24 participants who will have the opportunity to study the culinary arts in France.

On their return to AlUla, the newly-trained chefs will have the chance to work under the supervision of 10 Michelin starred chefs and help in the creation of unique and locally inspired “Taste of AlUla” menus to be served to VIP guests attending the second season of Winter at Tantora, held annually in AlUla.

Commenting on the importance of the initiative, RCU CEO Amr AlMadani said: “This is another in a series of programmes we are undertaking with the people of AlUla to deliver innovative employment opportunities anchored in personal and professional development initiatives. This partnership with FERRANDI Paris will equip a new generation of local men and women with the tools necessary to become the leading chefs and culinary entrepreneurs in AlUla, promoting excellence as the custodians of the county’s culinary heritage”.

Throughout the specially curated course at FERRANDI Paris, programme participants will learn the techniques and secrets of authentic French gastronomy and develop the skills to create recipes and cuisine that will typify AlUla, delivering high quality hospitality and unique culinary experiences.

FERRANDI Paris CEO Bruno de Monte said: “We are extremely pleased to welcome the youth of AlUla to Paris, to our school, where France’s best chefs learned their trade. We have built a program especially for them, the future culinary greats of Saudi Arabian gastronomy”.

Gérard Mestrallet, executive president of the French Agency for AlUla Development (AFALULA), said: “As a partner of RCU in the development of AlUla, AFALULA is very proud of this partnership with FERRANDI. It will allow the new generations of AlUla young chefs to capitalize on French excellence in the field of culinary art and hospitality management and to contribute to the outreach of the region”.

RCU’s partnership with FERRANDI Paris, developed under the leadership of His Highness Prince Badr bin Abdullah bin Mohammad bin Farhan Al Saud, is another one of the many ways RCU is pioneering development amongst AlUla’s youth through global cultural exchanges and a dedication to international best practice.

To be considered for the programme candidates must be between 21 and 35 years old, graduates of AlUla high schools and have an intermediate knowledge of English.

The application period will take place between July 5-9 when qualified candidates can submit applications online at https://www.ferrandi-paris.com/alula-special-program . Following interviews by FERRANDI Paris tutors in AlUla, the 24 successful applicants will be announced on July 26 and training will begin in Paris by the end of August.

The new culinary initiative is in line with the objective of RCU’s Charter to help create and inspire new and diverse economic sectors in AlUla while involving the local community at all stages of development. This is the latest component of an overarching plan to develop AlUla, its natural wonders and ancient cultural sites into one of the world’s leading tourism destinations.